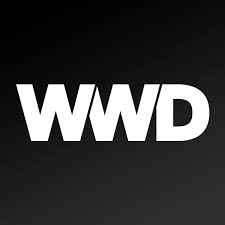 4 min read
Back to News

The Brooklyn, N.Y.-based artist has had a working practice since she was a teenager.

One of her latest projects is a collaboration with the musician Masego. One of Yanko’s signature paint skin and metal sculptures from 2018, “Purity,” was the starting point for a digital interpretation that features a musical composition by Masego. The one-of-one animated digital artwork and companion track have been minted and will be sold by LiveArt Market, a peer-to-peer platform, as an NFT in an online auction that gets underway Wednesday. A Capital Records artist, Masego was featured on the “Judas and the Black Messiah” soundtrack.

The NFT will be sold on the platform LiveArtMarket, which gives collectors and artists the data, insight and opportunity to buy, sell or hold onto art without traditional intermediaries. Yanko and the musician have also dreamed up a limited edition of related NFTs that will have music. Bidding for the original work will open at $1,000 and the bidding for the limited-edition works will start at $100.

During an interview from France, where she was visiting an artist friend who is doing a residency, Yanko said she always listens to Masego’s soulful R&B while working in the studio. For their collaboration, she scanned one of her sculptures and “we created this kind of universe where we actually go inside the sculpture and the landscape of the sculpture. And we go to a shrine to go through this little journey of going through a meta[verse] standpoint. [Through] a lot of my work, I’m really interested in zooming in and zooming out, challenging perception and understanding where the body or the mind is in space. It’s dissolving those two things. I created a video, he created sound and we went back and forth,” said Yanko, noting that Masego has synthesia, a neurological condition in which information meant to stimulate one sense for a person stimulates another one or several. For Masego, that means he relates sound to the visual — hearing something when he sees something.

With a father who is an architect and painter, Yanko immersed herself in art earlier than most, setting up a regular studio practice as a teenager. Sensory art has always been important to her since she always wanted to understand how the body is related to movement, to the brain, sight and sound in a deeper way. Working in abstraction Yanko is trying to capture “expression, these moments in time and inception to create a dialectic moment, experience and conversation,” she said.

From her standpoint, in the early days of exploring NFTs, there has been too much attention on the images and the artists. “They really missed such a critical conversation about this as a societal application. An NFT is an asset. It’s about crypto. It’s about money. That’s what it is, which is great. The under layering of the conversations that are happening in that space are transparency within a transferable documentation. This could be used for real estate, [or] for directors releasing videos. They can sell their videos to their audience and then resell it to HBO. You can use it for publishing. There’s a much broader conversation that people are missing because they’ve been so caught up in the spectacle of money and the images.”

Yanko is creating her own Yanko coin next month. She will present at this fall’s Armory Show with her friend Genevieve Gaignard. The artist is also curating a group show this fall titled “Surface Is Only a Material Vehicle for Spirit” at Kavi Gupta. The show examines how artists challenge abstraction and materiality as opportunities and conduits for a broader conversation, she said. “And that conversation begins at the dissidence in not understanding what something is or not being able to quite identify it.”

From her viewpoint, art fans have become so obsessed about the object and the visual aspect that they lose sight of the fact that vision is a soul-body experience. “And there are so many layers to knowing what is right and what is wrong, and what is good and what is bad. That shows the lack of critical thought and how we are looking at and dissecting things as a culture and as a people,” she said. “I’m interested in challenging those things.”

She recently walked in her close friend Kerby Jean-Raymond’s Pyer Moss show, having previously watched him create the whole collection including ideating conceptually, historically and just go down that trail to the final day of the show. “His whole mastermind is just so brilliant. People are just beginning to see what he’s capable of,” Yanko said.

Recalling the energy of the Pyer Moss show, she said, “Everyone was so honored and proud to be there. I think everyone was so aware that we were working beyond ourselves. There was very little vanity. It was inclusive.”