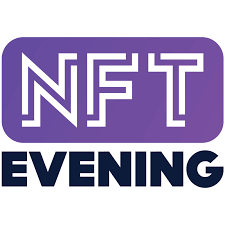 3 min read
Back to News

Yanko and Masego’s animated digital artwork called “Purity” has an interesting backstory. It all started when Masego saw Yanko’s 2018 piece, a suspended sculpture made from molded “paint skin” and metal. He created music from sounds he heard in response to the swirling black-white-and-gray palate of the piece. The NFT piece displays the synesthesia technique which means stimulating one sense of the body through another. In this case, it is sound through sight.

The auction for Purity will be open from July 28 until 30 at an opening bid of US$1,000. Additionally, LiveArt will offer a limited edition of related NFTs at opening bids of $100 so that more people can take part. These pieces will include screenshots of the animated NFT, analogous to posters made from photographs of an installation.

Another unique aspect of the NFT is that includes a smart contract. LiveArt uses the smart contract to specify and protect the rights of the artists and the collectors at all stages of the artwork’s lifecycle. For example, it includes royalty rights to the artists which are tied to the piece. It also spells out the rights of potential subsequent owners from the secondary market such as whether it can be exhibited, and if so, how.

To create the NFT Masterpiece, the artists took a photo of the sculpture which resembles a draped figure gesturing upwards. Then, Jesus Calderon led the work to render it digitally and “go inside the piece.” Calderon is a digital artist Yanko has worked with in the past.

The overall effect of the creative process is that the Purity NFT takes the viewer into a world scored by Masego’s playful and evocative sounds. A monk-like figure appears to walk on top of a sea with large crystals emerging from its depths to reinforce the vibe. Finally, a world of crystals and lights appears to contain a swaying array of fanciful plants.

More about Yanko and Masego

Yanko is currently the  2021 artist-in-residence at the Rubell Museum of Art in Miami. She often works with scrap metal and paint that she pours and then sculpts after it dries. This is not her first foray in NFTs because she released her 2015 work on Foundation NFT Platform back in June. The augmented reality / virtual reality project “Indelible Fluidity” displayed a brightly colored mythical world.

Yanko doesn’t shy away from the business aspect of NFTs. In fact, she loves this aspect  “because the NFT is an asset, and it is about money, and it is a cryptocurrency. It’s been a fun place where I can talk about business openly and share with other fine artists and explore that a little bit more.”

Meanwhile, Masego is a self-taught musician originally from Jamaica and based in Virginia. Masego is only a stage name that means “blessings and prosperity” in Tswana, a South African language. He has created his own abstract genre he calls “TrapHouseJazz.”